We have years of experience caring for families from all walks of life, cultures and faiths. Our unsurpassed staff and our family provide kind, caring, professional service. Each family comes to us because they know we are leaders in our profession who are dedicated to excellence in service, adhere to the highest funeral industry standards, and have exceptional integrity. We consistently earn phenomenally high customer satisfaction survey results.

Our licensed, professional staff is here for you 24 hours a day, 7 days a week. Please call 806-372-3233 anytime. We will even come to you to make arrangements in the comfort of your home.

Prompt, compassionate service is always just a phone call away, where and when you need it. 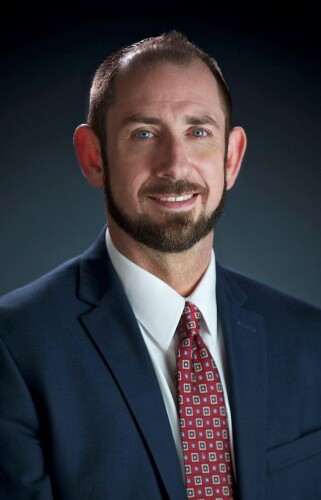 Chad Blount was born and raised in Amarillo, Texas.  He is a graduate of The Dallas Institute of Funeral Service and has been a licensed Funeral Director/Embalmer in Texas since 1993.  Upon graduating, Chad was able to gain embalming experience quickly by working for Tarrant County Mortuary Service.

After spending time in Fort Worth, Chad returned to Amarillo where he was an Assistant Location Manager for SCI.  He then moved to Memphis, Tennessee to be closer to family.  While in Memphis, he served as the Care Center Manager, and Location Manager for Memorial Park Funeral Home and Cemetery.  During this time, Chad had the opportunity to serve the states of Mississippi and Louisiana by performing mortuary and recovery efforts for the Hurricane Katrina disaster victims.

In 2009, Chad and his son Harrison moved home to Amarillo.  Chad pursued career opportunities that allowed him to finish raising Harrison. After Harrison graduated high school, Chad returned to the funeral industry.  In 2017 he became the General Manager for Griggs Schooler Gordon, as well as Memorial Park Funeral Home and Cemetery.  When an opportunity to become part of the Carriage Services family became available, Chad jumped at the prospect.  Chad is excited to serve the families of Amarillo as the Managing Partner of LaGrone Blackburn-Shaw Funeral Homes, and Memory Gardens Cemetery.

Chad spends his free time being involved with USA Masters Boxing Association, traveling and hiking in Palo Duro Canyon with his partner Sarah and their Great Dane, Chloe.  Chad enjoys serving his community; he and Sarah attend Hillside Christian Church and is a member of Southwest AMBUCS and Missing in America Project.  He has been a member and volunteer for Amarillo Housing First, Amarillo Executive Club, and Lions Club.  Chad also appreciates the local art community by supporting Lone Star Ballet and Amarillo Little Theatre. 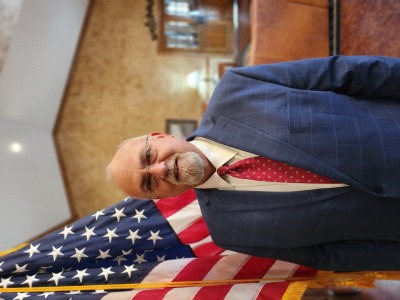 A 1979 graduate of Ulysses High School in Ulysses, Kansas. Lived in Canyon until 1983. Serving in the United States Air Force from 1983 to 1987, Honorable Discharged in 1987. Attended Dallas Institute of Funeral Service in 1990 graduated in 1991. Serving as Funeral Director and Embalmer since 1991until present time. Highlight of funeral profession working with such men as John Ed Keeter, E.M. Blackburn, Jerry Chatwell, Mack Gordon and Maurice Schooler

Keith enjoys hunting, and fishing with his wife Leigh Ann. Keith and Leigh Ann married August of 2015. Since that time they have had the enjoyment of 7 grandchildren.

Keith has a passion of working with families that have suffered a loss and strives to make the celebration of life a memorable time for families and friends. 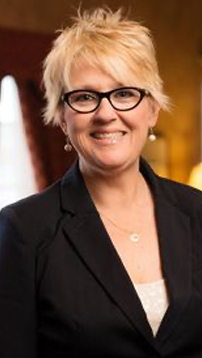 Leigh is a Canyon native. She worked for the Randall County Court System for 13 years. She began her funeral industry career in 1996. She came to work for LaGrone-Blackburn-Shaw in 2011.

Leigh raised her children Joe and Bailey in Canyon until moving to Amarillo in 2004. She enjoys being surrounded by friends and family. She especially loves visits from her granddogs. Also, she was overjoyed by adding a son-in-law Logan Tiffany to the family in July 2014 and her daughter-in-law, Tayler in August 2016. She is also the proud grandmother to five grandchildren. She has recently moved back to her home town of Canyon and married Keith Brooks in August 2015. 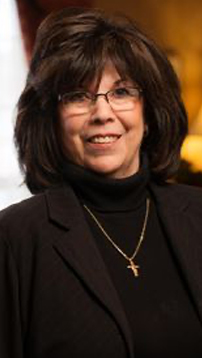 Jeannie, who is from Amarillo, graduated from St. Mary’s Academy. She and her husband Norman have two children, Shelley Friddell Jones from Amarillo and Dr. Tony Friddell from Chattanooga, Tennessee. They have six grandchildren, Alexandra, Abigail, Olivia, Katherine, Grayson and Turner. Jeannie retired from AISD after 29 years at Wolflin Elementary School and began working in the funeral industry in 2003 after retirement. She came to work at LaGrone-Blackburn-Shaw in 2012. She works in many aspects of the funeral home, loves working with all the families she meets and is able to translate from English to Spanish when meeting with Hispanic families. She is a member of St. Mary’s Cathedral where she is a Lector, Eucharistic Minister and member of the Women’s Circle. She is a member of Los Barrios De Amarillo, Amarillo Republican Women, National Council for Catholic Women, President of Diocesan Council for Catholic Women for the Amarillo Diocese and also Co-Chair for the Advisory Board for the Bishop DeFalco Retreat Center. When not working Jeannie enjoys spending her time with her family, especially her grandchildren and friends, reading, and doing volunteer work. 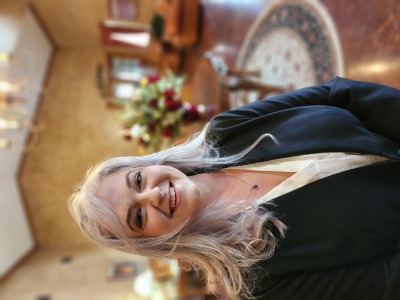 Nicole is a native of southwest Missouri. She moved to Amarillo with her husband Joey and daughter Pheobe in late 2019, to be closer to Joey’s family. Nicole and Joey were married in 2005 and had their daughter in 2008.

She started in the medical field in 1999 as an Emergency Medical Technician. She furthered her education to Paramedic and later Pharmacy technician. Nicole is now enrolled at the Dallas Institute of Funeral Services to become a funeral director to help the families of the panhandle. She began her journey as a Bereavement Coordinator in April of 2022 at LaGrone Blackburn Shaw Funeral Directors. 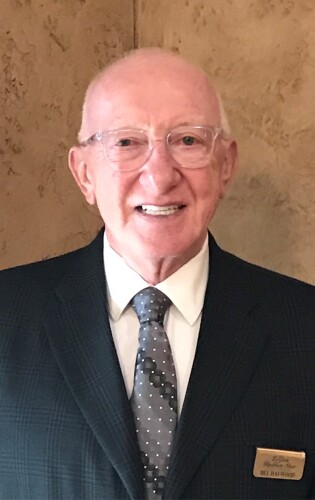 Del has been employed by the Carriage Services since 2011,  working at both LaGrone-Blackburn-Shaw Funeral Home and at Schooler Funeral Home   He retired from Retired Indiana Public Employees Assn. in Indianapolis, IN in 2010, moving to Amarillo to be closer to family.

He enjoys serving families, assisting them through their difficult time, with visitations, rosaries, masses, funerals and/or memorial services.  He married his high school sweetheart in 1960, they have 1 son, and 1 granddaughter, both living out of state.  They also lay claim to some   Texas “surrogate” family members, including 3 daughters, 13 grandchildren and one precious great granddaughter.  He enjoys spending time with all his family members, reading, flower gardening and also visiting with neighbors. He is very much a people person.

Del is very active in his church, Jubilee Apostolic Church and spending time with the church family.

You are welcome to call us any time of the day, any day of the week, for immediate assistance. Or, visit our funeral home in person at your convenience.

About Us
Testimonials
Meet Our Staff
In Our Community
Our History